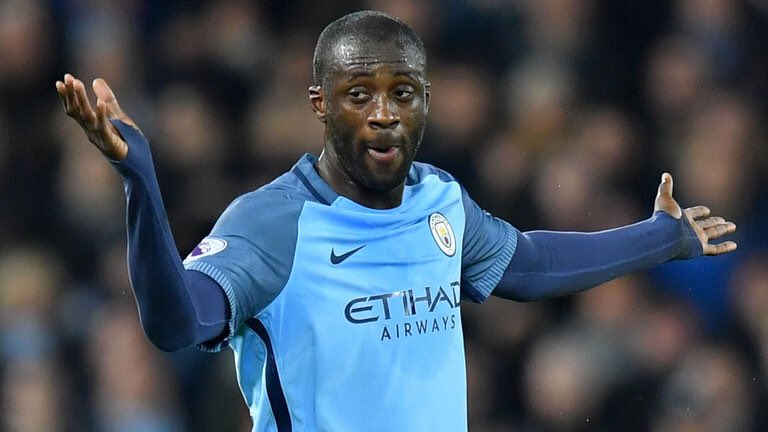 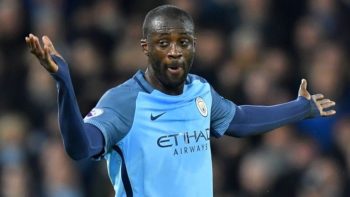 The agent of Manchester City midfielder Yaya Toure has sensationally claimed that his agent is prepared to play for a top six Premier League side for just £1-per-week, according to reports.

Toure has been with Manchester City for eight seasons after signing for the Citizens from Barcelona back in 2010.  The Ivorian has since gone on to win the Premier League on three occasions, the FA Cup once and the EFL Cup three times.

However, the 35-year-old has fallen out-of-favour with Pep Guardiola since the Spanish manager was appointed two years ago, starting just one Premier League game this past season.

Yaya Toure is now a free transfer after his contract in Manchester expired this month.

The agent of the central midfielder, Dimitri Seluk, has now attacked Guardiola by claiming that Yaya Toure would be happy to play for a top six club, such as Manchester United, for just £1-per-week to prove the former-Barcelona manager wrong.

Seluk claims that the 6’2″ midfielder has received lucrative offers from clubs abroad but wants to stay in England with a big club that would be prepared to give him an incentivised deal.

Toure’s agent is quoted by the Mirror as saying:

“Pep turned Africa against himself, many African fans turned away from City.

“At a time when big sums are being paid, I officially declare that Yaya is ready to move as a free agent to any English club in the top six with a salary of £1 pound a week. But with a bonus system based on certain successes.

“Now Yaya has many offers from different countries, where they are ready to pay a lot of money, but we decided to dedicate the next season to Guardiola.

“And to prove and show the fans of Manchester City that Yaya is not finished with football. He is full of energy and wants to play this season in England.

“I believe that a player like Yaya would not harm Arsenal, Chelsea, Manchester United, Tottenham and Liverpool. Yaya – the winner. And never before has a top footballer with leadership qualities harmed any club, especially when it is not necessary to pay for it.”

Yaya Toure was reportedly earning as much as £220,000-a-week at Manchester City so it would be an incredible wage decrease for the experienced midfielder.

We shall have to see if the likes of Manchester United, Liverpool or Chelsea would take a chance on the midfielder who has seen limited action over the past two years.

Jose Mourinho is in the market for another central midfielder this summer.  The boss wanted two to begin this summer and today confirmed the signing of Fred from Shakhtar Donetsk.

Lazio’s Sergej Milinkovic-Savic has been strongly linked with a move to Old Trafford so it will be interesting to see if we make a move for Yaya Toure.